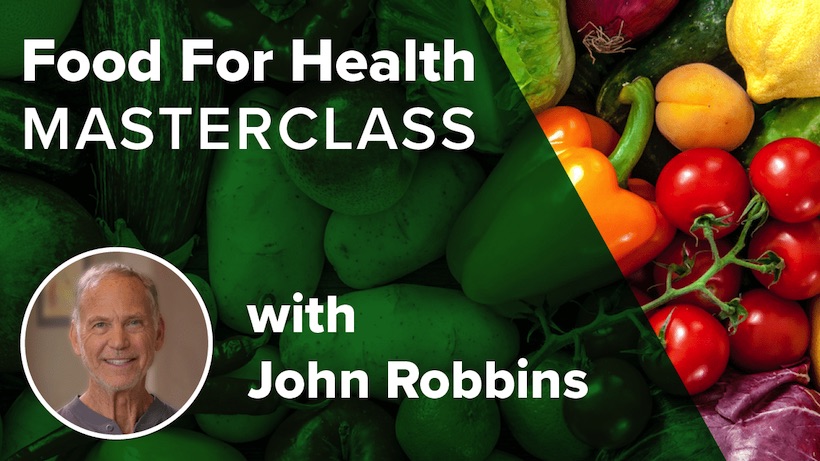 John Robbins was groomed to be the heir to the Baskins-Robbins ice cream empire, which was founded and owned by his father.

But once he found out that ice cream was unhealthy and killing people, he left the business and forged his own path.

Instead, he wrote books on healthy eating and healthy living, selling millions of copies worldwide, and becoming a best selling author.

John is hosting an 80-minute Food for Health Masterclass (For Free).

You will learn the dark secrets of the food industry, the most dangerous food lies, and 10 powerful food tips to live your healthiest life.

Click the button above to go to the Main Masterclass Page