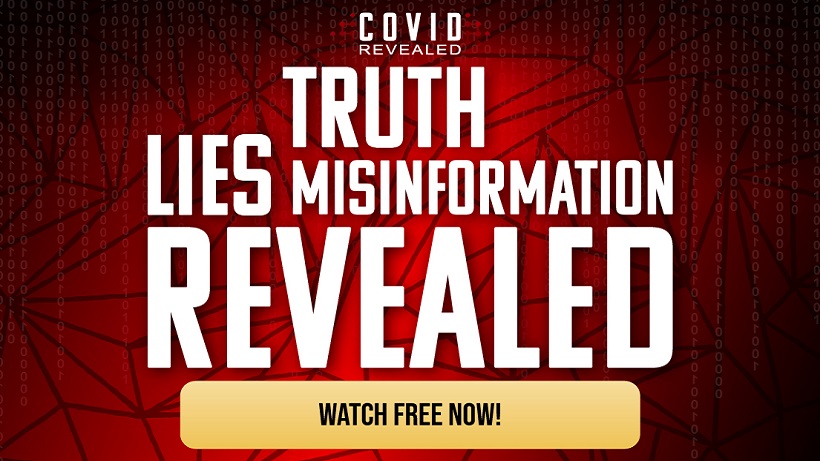 57 of the world’s top doctors and scientists are begging the governments to stop the C*V*D v*cc*ne.

It’s been proven that it is not preventing transmission of C*V*D.

It’s been proven that it is not reducing the severity of C*V*D.

In fact, quite the opposite is happening.

It’s been proven that it is making huge numbers of people v*cc*ne damaged.

Everything from paralysis to heart conditions, and even death.

But this was expected, as 80% of people in the trials reported side effects.

Plus no governments did any safety studies; only the manufacturers did.

And with billions of dollars in profits at stake, they turned a blind eye.

Pfizer alone is due to make $33 billion from their C*V*D v*cc*ne this year.

Something very, very fishy is going on in the USA.

For a country that has just 4.5% of the world’s population…

They have had more C*V*D deaths than the rest of the world COMBINED.

Governments are already trying to cover up the C*V*D v*cc*ne deaths.

But the ultimate goal is to force v*cc*nate 100% of the population.

Why? Because they eliminate the control group.

Nobody will be able to see just how bad the v*cc*nes are.

And they can blame all the illnesses, injuries, and deaths, on C*V*D.

So what are the EXPERT doctors and scientists saying now?

What do the governments (and big pharma) have planned for the future?

What is the FULL TRUTH about C*V*D that they are trying to hide?

And the question on everyone’s mind: When will this C*V*D nightmare end?

Find out in this groundbreaking series: C*V*D Revealed.

Click the button above to go to the Main Series Page